The Prize
By Ann Bremer

At 38 years old my odds of having a baby with Down syndrome were one in 180. In other words, if you gathered 180, 38-year-old pregnant women in a room, only one would be awarded a life altering prize. I never win anything, why would I expect to win this?

In the middle of my pregnancy when I received a phone call saying some blood work had come back indicating that my odds of winning were now 1 in 110, I did what any good ostrich would do and put my head in the sand. There would be no meeting with a geneticist, no ultrasound, and no amniocentesis. There would only be the remaining months of an easy pregnancy occasionally interrupted by a new awareness of women at the mall who had been the unfortunate winners of the Down syndrome lottery.


Very early on a December morning two and a half weeks before my due date, I awoke with indigestion which came and went with predictable frequency. Four hours later, after a harrowing ride through rush hour traffic and an unplanned drug-free delivery, my husband and I heard the words, “It’s a boy!”
When they laid my sweet bundle on my tummy, I examined him for signs of Down syndrome. When I saw that he looked like my other babies I breathed a sigh of relief. But the doctor and nurse spoke in hushed tones, and then the nurse let me know she suspected I was the lottery winner. Thirty minutes later the specialist concurred. My little boy had Down syndrome. I didn’t want this prize. Alone in my bed that night, I did what any hormonal, exhausted new mother of a child she didn’t want would do and sobbed uncontrollably.
“God chooses special parents for special children,” well meaning friends and acquaintances told me.

Parents of children with special needs don’t come to their positions with the talent and temperament required to meet those needs. Like me, they were minding their own business living average lives when they were plucked from obscurity and called to do more than they ever imagined they could. Motivated by a fierce love, they rose to the occasion and earned the moniker “special parents” through hard work, worry and self-sacrifice. Special parents aren’t chosen, they’re made.
My son was only hours old when I was presented with a long list of possible medical issues. Forty to fifty percent of children with Down syndrome have heart defects; five to fifteen percent will develop celiac disease; five percent have gastrointestinal malformations; five percent will have seizures; five percent will have hypothyroidism; and one percent will develop leukemia. My son’s heart was pronounced good, and his gastrointestinal system was given the all clear after he pooped and peed properly. I assumed there would be no more unexpected statistical anomalies, ignored the list of potential problems and got down to the business of loving my baby.

Few of my son’s needs achieved the status of special, most being of the average variety. As expected, his development was delayed and milestones were missed. What was entirely unexpected was the undiluted joy I felt as his mother. His presence in my life, in our family, killed my aspirations to perfection.  With nothing to prove, I felt a freedom I had never before known.

When my son was just two years old, we defied the odds again when he joined the one percent of children with Down syndrome who develop leukemia. Upon hearing the diagnosis, I did what any good mother would do and cursed.

The standard treatment for boys with acute lymphoblastic leukemia is three years of chemotherapy. For three years I watched as my little boy struggled with the side effects of the poison we pumped into his body to keep him alive. I cried when the drugs reduced my normally sweet child to a crying, screaming mess. By the end of treatment, he was extremely weak with legs like spaghetti noodles, but I rejoiced because he was alive! I remembered the mother who cried the night he was born, the one who didn’t want him, and was happy to find I no longer recognized her.

Today my son is ten years old. He likes bluegrass music, chocolate cake, and prefers running to walking. When I was pregnant with his younger brother and sister, I did what any good ostrich would do and put my head in the sand refusing all prenatal testing. But this ostrich was not afraid. This ostrich was well informed choosing the coolness and darkness of the sand over the heat and bright lights of a world that thinks winning the prize a second or third time would be a tragedy. 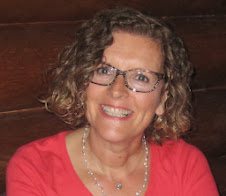